Warning: count(): Parameter must be an array or an object that implements Countable in /sata2/home/users/ismie/www/www.ismie.com.ua/vw/tmpl/arc.php on line 27
 People's genius does not sleep or the wisdom of encouraging customers

People's genius does not sleep or the wisdom of encouraging customers 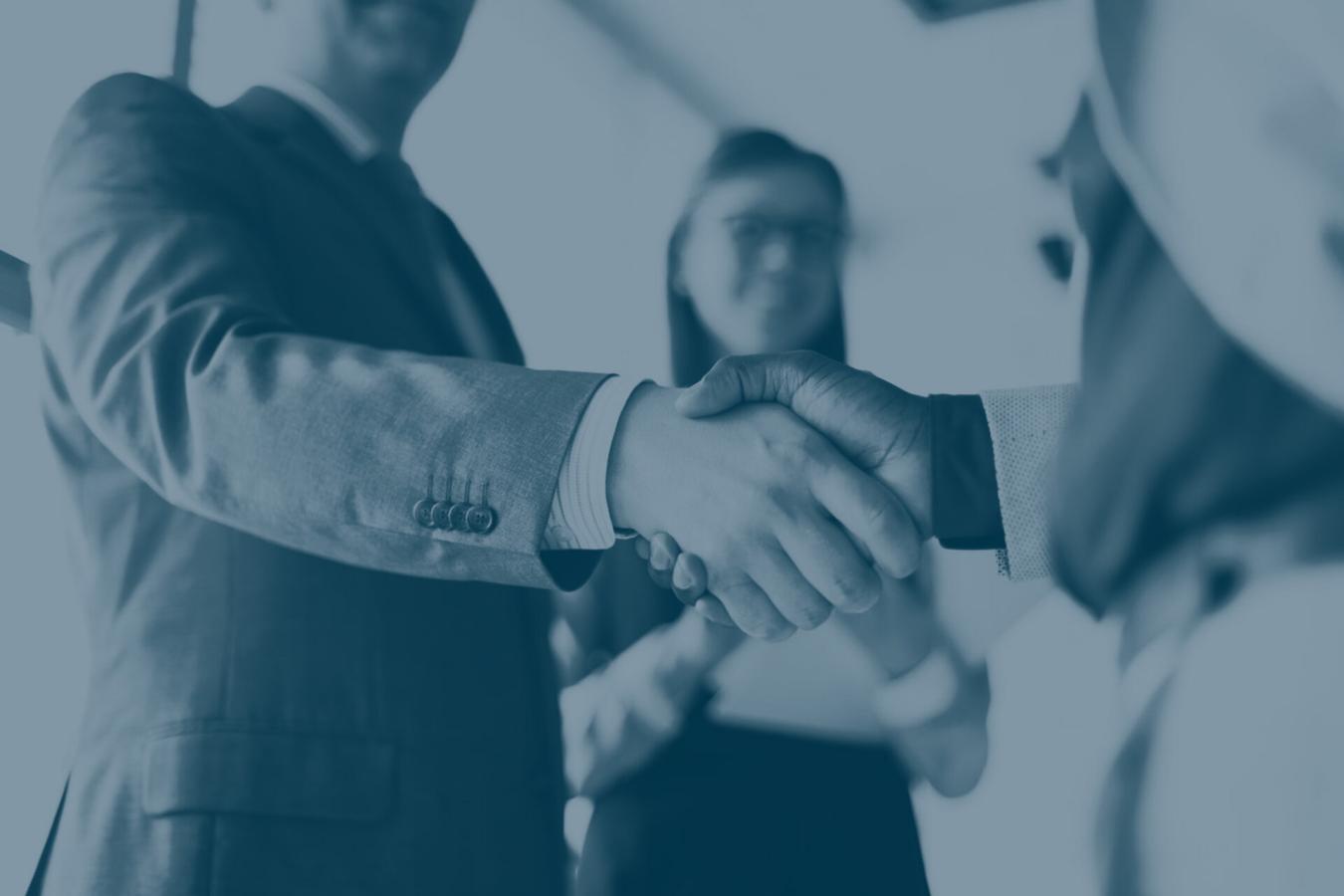 Discount, bonus, gifts, promotions, special offers - how to understand all this diversity and choose the best solution for a beauty salon?

More and more often, from the pages on specialized forums, author's Internet blogs, professional publications and simply from the lips of workers in the salon business, calls are heard that everyone needs customer loyalty programs. To begin with, some historical information about this phenomenon.

The first “ancestors” of loyalty programs began to appear at the beginning of the last century. It's no surprise that loyalty programs are rooted in the United States. It was American stores that back in 1914 began to single out wealthy (high paying) customers from the “crowd” by issuing cards to them. Then in Boston, one of the manufacturing companies released metal plates, which also encouraged wealthy clients. In this form, loyalty programs had a local, targeted character. However, already in the 1970s. airlines joined the marathon, which, due to the cross-border specifics of their activities, decided to offer customers an alternative to standard discounts - the so-called "miles". Having accumulated a certain number of miles on a personal account, the client could subsequently exchange them for a ticket. American Airlines was the first to use such a system. A new wave, starting in the 1980s. picked up the chain hotels, which encouraged their regulars, charging an analogue of "aviation miles" - "points". Later it was allowed to exchange accumulated hotel "points" for "miles" in airlines.

Just like that, from one paragraph, we traced the chain of development of loyalty programs - from standard and already familiar to everyone discount (discounts), to relatively new and promising - bonus. Also, using the example of cooperation between airlines and hotel chains, we saw that so-called “co-branded” or “coalition” (well, more simply “partner”) loyalty programs are possible.

It is also important to clearly define what the term “loyalty program” itself means. The free Internet encyclopedia "Wikipedia" gives such an interpretation.

A loyalty program is a set of marketing activities for the development of repeat sales to existing customers in the future, the sale of additional goods and services to them, the promotion of corporate ideas and values, and other types of potentially profitable behavior.

That is, everything is quite simple: we first get to know the client at his first visit, then assign him a certain attribute that gives him the right to certain privileges. And we do this in order to turn it into a permanent one, thereby increasing the sales of goods and services of the beauty salon. Such an attribute can be anything - a plastic card, a personal badge, a membership fee (by paying it once, the client then, within a certain period or on an ongoing basis, uses his advantages over other clients). The most important thing in this case is to first answer the question "who is your client?" and "what does he want from a beauty salon?" In other words, first of all, we imagine Maria Ivanovna, how she lives, what she can dream about, what she loves, what she does not like (by the way, she may have already told us about this herself, if the head of the beauty salon managed to read the material “ Personal data protection or you shouldn't be afraid ”), and then we come up with the most pleasant thing - what to offer her, so that she is regularly serviced in the salon. It is precisely on these proposals that questions arise from the practicing heads of the salons. Finding a suitable option or coming up with your own is not difficult if you know what has already been invented before you.

So, let's talk about the main types of loyalty programs that are known today.

There are also complicated discount systems. Their content is the same as in simple discounts - the discount is a reward for the client. However, the complication lies in the fact that this discount must be earned. The following basic options are known that are offered to the client so that he can deserve a discount:
A) he must just visit the salon for a certain time (month, year, five years, etc.);
B) he must be serviced for one or for a certain number of visits for the agreed amount (for example, 3 checks for a total of 4000 UAH); or the same condition in relation to the time period (for example, 3 checks for a total of UAH 4000 for 6 months in a row);
C) he must be serviced for one amount, and buy cosmetics for a different amount in one period of time with one or more checks (for example, for 2000 UAH. Services and 800 UAH. Cosmetics for 3 months in a row).

Further complications of the scheme are also possible, as far as your imagination will allow. However, do not forget that no matter how ingeniously you come up with a loyalty program for a beauty salon, you still need to explain all this intelligibly to the client. Those who played games with friends in childhood are familiar with the difficulties of understanding that sometimes arise when trying to explain the "rules of the game" to a beginner. It's the same story with loyalty programs - the conditions must be clear and understandable to the person who is going to take part in the loyalty program offered by the salon. So it is better not to go too far, realizing that the salon is not a great international corporation whose clients are great international financial luminaries who are capable of multiplying 25,000 879.23 by 32.48 in their minds and not be mistaken. And it will be even better if you state these very conditions in no more than 3-5 points on a beautiful booklet, which you will hand to the client along with the card.

Move on. Loyalty programs are not only discounted, but also bonus. These are very interesting programs that the first, as those who read the article first know, were invented by airlines. Bonuses, like discounts, tend to be simple or complex. But before clarifying the differences and options for the complications of bonus systems, we first define what is called a bonus.

A bonus (in the understanding of a beauty salon) is a certain amount of money (points, points that can be converted into money at a certain rate) that a client receives for certain merits (for becoming a client, for example) and can only spend where received (at the enterprise that credited them, that is, in a beauty salon).

Simple bonus systems imply the accrual of bonuses from an event in sum or percentage (more often) terms. That is, the client can receive bonuses only when:
A) served for any amount;
B) paid any amount to the cashier (or in another way);
C) credited the prepayment for upcoming visits to his personal account.
With this scheme, the bonus is automatically credited as soon as any of these events happened and is credited to the client's personal account.

Complex bonus systems are essentially the same simple bonus systems, but with some restrictions and modifications. For example, if we say that in order to receive a bonus, you need to be served, for example, for 5000 UAH. for 3 consecutive months. Or let's say that when paying to the cashier, bonuses are accrued, but when paying by payment cards (acquiring), they are not credited. Or, for paid services, a percentage bonus is credited, and for purchased goods - in sum (or in points / points). Well, or, finally, that the accumulated bonuses for services can be spent only on services, and the accumulated bonuses for goods - only on goods. Here, the number of variations tends to infinity, but again you need to understand that you have to put a complex meaning in 3-5 points - otherwise the client will not understand and someday will be disappointed when there are contradictions. There is a risk of losing. So don't go overboard: the simpler the system, the clearer it is.

What is very remarkable (from observations among beauty salons, medical centers, fitness clubs that we serve), the resulting figures of income / expenses do not depend on the level of "wisdom" (read "complexity") of the loyalty program. They are most sensitive (figures - author) to the thoughtfulness of the loyalty program and depend, first of all, on the adequacy of information about the customers of enterprises, on the correct assessment of consumer behavior. It is impossible not to note the level of importance of high-quality software for the correct analysis of the customer base, and, as a result, for the development of a truly thought-out loyalty program. For those who believe in paper, let's say right away: there must be paper (in paper form, we at least keep customer profiles, as well as reports of administrators with their signatures). But attempts to raise information from the paper about how many times Maria Ivanovna paid for LPG and when / why she stopped were unsuccessful. It's just inhumanly long and unbearably boring. Software - in 0.001 sec.

Let's add that the combined loyalty programs are interesting, which contain partly the conditions of the discount programs and partly the bonus programs. The options are very different. The simplest one is to transfer the accumulated bonuses into the discount amount (the so-called "conversion"). Such systems are good primarily from the point of view of the client, if he was previously a member of discount programs. Often, such customers are sensitive to bonuses, because they do not feel real savings, as with the usual discounts. BUT!!! For a beauty salon, it is definitely more profitable not to follow the lead of a client demanding a discount, but to switch to combined, or accumulative discount, or any bonus programs. Bonuses are cheaper for the salon than discounts. And this is very simple to explain - a beauty salon does not save the client money on his purchases in stores or anywhere else, it binds the client to its services.